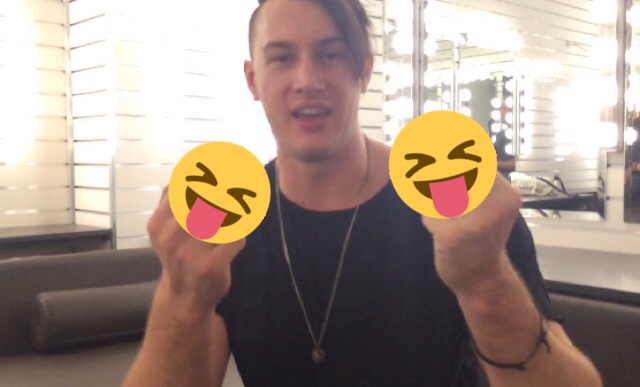 Ben John Grzywacz, better known as Uberjak’d, is currently at the forefront of the new wave of Australian club producers impacting the global electronic scene, with freshly signed deals across STEVE AOKI’s Dim Mak, Ministry of Sound Australia and LAIDBACK LUKE’s Mixmash. We got a chance to meet with him last Friday night before his set at Chaos Manila. Read more to see the full video and transcript of the interview.

I’ll start with the basic question. So how did you come up with your stage name Uberjak’d?

Uhm, I get asked this question all the time. But it’s no crazy story. I actually used to DJ under another name, and I just wanted to have another name that’s sort of attached to my productions and stuff, and I don’t know. I just really liked the name Uberjak’d, sort of just felt right.

Was being a DJ your first choice? When did you realize that you wanted to be one?

No way. I didn’t even know what a DJ was until I was probably like 20. I was halfway through uni, studying. Kinda liked what I was doing, I was doing Industrial Design, Bachelor of Industrial Design in Adelaide. I dunno I’ve always been pretty creative, just drawing and making things you know? And I kinda discovered music in a big way and found this program called Ableton, where you can make your own beats, and I kinda got a copy of that and just sat in my bedroom and taught myself how to make music and that’s where I sorta started DJ’ing, I guess, yeah.

For you what’s the most fulfilling part about being in this industry?

Meeting people, and playing shows. I love playing shows. I mean studios – it’s cool, you get to write music. But for me I love getting out and feeling the energy off the crowd, you know? That’s kinda why I got into it, you know.

Now that you mention it, can you share with us any embarrassing moment you had while performing? Any crazy fans?

Embarrassing moment uhh.. Okay well like last weekend I was playing this show in Bowral, which was like, you know Sydney? It’s about an hour, 2 and a half hours out of the CBD. So it’s kind of a smaller town. It was a show there about 5-600 people there. A nice intimate venue. Nice and close, everyone was like this close to the DJ booth, so it was pretty crazy. I started my set, and it started to get too rowdy! So like the DJ decks were there and everyone was kinda pushing up on the decks, so I’m like sitting there halfway through my set, holding them up against the crowd like “Guys, back off, otherwise it’s gonna happen.” And eventually, yeah yeah it came back, I end up pulling it back and one of the CDJs stops. So I’ve got like a minute left to beat sync into the next track. Luckily one of my mates, he comes in, put a track, played 30 seconds of that. And I ended up jumping and saving it, but it almost was a pretty embarrassing moment.

Any rituals you do, like a kind of preparation before performing?

I don’t know, I’m kind of OCD . I have this bad habit of like – I need to check like my headphones and my USB’s there, even though I know it’s there, it’s like it could not be. And I have this like recurring dream that I’ll get to my gig and go to start playing and my USBs won’t be in there so I have no music. Luckily it’s never happened!

Last question since we’re all so excited… Are you ready for the Manila crowd?

By the way, here’s the iPhone case that Ben mentioned before the start of the actual interview. Cute isn’t it? 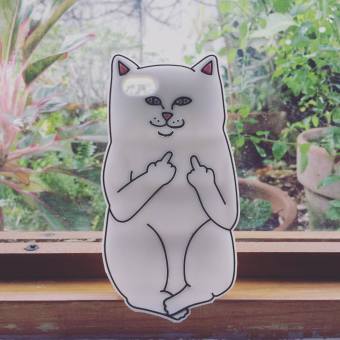 Don’t make Lord Nermal angry, download the Partyphile App now and get access to awesome events just like the one we had with Uberjak’d! It was total madness and everyone was sooo hyped up! Uber f’ckin jacked indeed!

Few days left till we see Macklemore and Ryan Lewis at The Palace Pool Club! Who's excited? 🙌🏻
%d bloggers like this: